0
was successfully added to your cart.

With the ARRI ALEXA Mini slowly but surely rolling out across the world, the newest firmware updates are doing the same.

The SUP 3.0 firmware for the Mini is a big one if you’re looking for higher capacity cards, as the Lexar 128GB 3600x, and more importantly the 256GB 3600x are now supported. They’ve also just announced that a 90-day Beta has been started which will allow anyone to test out the 4:3 2.8K ProRes mode for that time without having to plop down any cash. Here’s a look at everything new in SUP 3.0:

SUP 3.0 contains a public beta release of the 4:3 ProRes 2.8K recording mode and a 2x anamorphic desqueeze for all EVF and monitoring outputs.

Please note that while the image resolution for 4:3 2.8K is 2880 x 2160 the recorded resolution is 2944 x 2160. The additional border is due to the ALEXA Mini’s ProRes encoder that handles multiples of 128 more efficiently. The remaining 32-pixel boundary left and right to the image is filled with white pixels in the Beta and will be black in the final release. The active image are flagged in Quicktime meta-data. Please make sure the extra border is cropped off the image prior to scaling the image as the scaling operation may spill white border pixel into the active image area.

To participate in the beta test and activate the beta features an ALEXA Mini 4:3 Beta License Key must be downloaded from the ARRI License Shop http://alshop.arri.de. The license key is free of charge and terminates automatically 90 days after installation. Please be aware that although we have done release testing of the beta features they are not final yet and for testing purposes only. We do not guarantee proper operation of these features. Feel free to provide beta test feedback to minibeta@arri.de. The full 4:3 feature set including the 6:5 and 8:9 recording modes will be released with SUP 4.0 and require a chargeable ALEXA Mini 4:3 License Key. 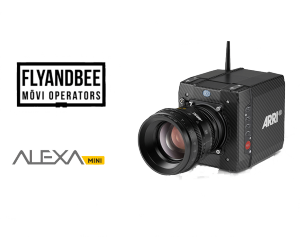